that it has enlivened. However, if we make the exercise of observing how the verb «to interpret» is used, we will realize that we all have a more or less clear idea of the activity carried out by the person who performs the action. In fact, if it is a judge, he must compare the facts, presented and proven in the process, with the factual assumptions of the normative texts in order to apply the sanction.
the activities carried out by these two subjects. Judges and lawyers receive more or less the same university education, read the same books and rely on the same legal texts. In addition, to a greater or lesser extent, we all have access to the documents they draft. In short, the actions they take when we say they «interpret» are by no means hidden or mysterious, but, on the contrary, they are readily apparent in the documents they write.
That being the case, why do jurists continue to argue so heatedly about what it means to «interpret»? To proceed with our analysis, let us leave aside the lawyer’s activity and focus on

CONTENTS Historical evolution of the concept of sources of law, meanings of the expression source of law, meaning and concept of the word law, dualistic theory of law, classification of laws, external and internal requirements of the law, regulation, comparison between regulation and law.
We understand that an exhaustive work is beyond our purposes because of our limited time and capabilities. If we write on this subject it is because as students we experience the need for the existence of material on the subject and to overcome certain limitations in its study. Thus, we will study the origin of different legal precepts, their various origins and the relationship they have with each other in the variegated swarm of Law.
In the current state of affairs, in order to clarify the subject, some authors begin by saying that the word source admits diverse meanings and with this they try to avoid the original ambiguity of the problem and are content with classifying them as formal and material.

A rule of conduct dictated or promulgated by a legitimate power to regulate human conduct by means of a prescription, authorization or prohibition. It presupposes that non-compliance generates a coercive sanction. The characteristic of this type of rule, unlike moral rules, is that they belong to a legal system and, therefore, have legal validity. They can be general and particular. The former establish requirements for all members of a class of individuals; the latter establish norms for a specific individual.
The legal norm (NJ) is composed of two elements: 1) the factual assumption, which is a hypothetical anticipation of a possible future reality that needs to be regulated; and, 2) the legal consequence, which is the act resulting from those legal situations recognized by the norms when the assumptions contemplated in the factual assumption are carried out.
The NJ has several meanings: i) as a normative document or provision endowed with authority; ii) as a legal custom or social practices that incorporate a normative attitude; iii) as an abstract unit of legal discourse used by jurists; iv) as a premise of a finished legal reasoning, which serves for the resolution of a case; and, v) as an implicit rule. 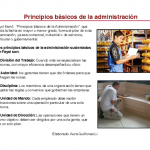